Fake reviews cause consumers to lose trust in brands 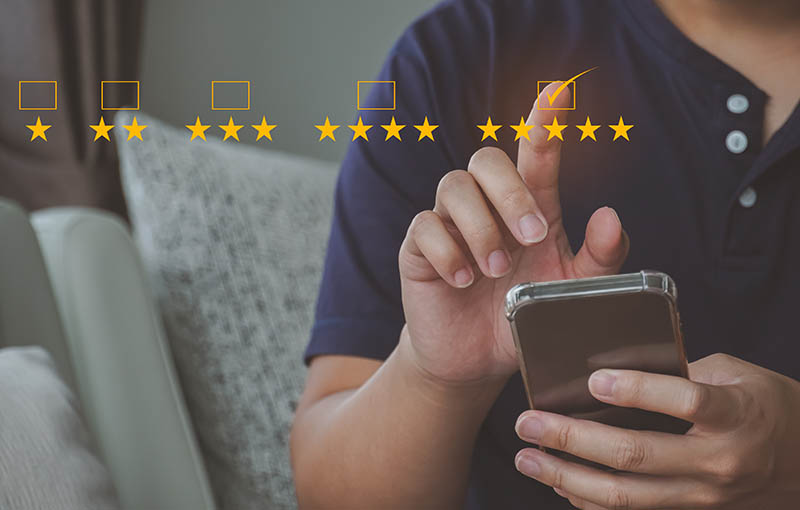 Fake reviews are a costly marketing tactic that can end up hurting your company’s reputation.

When consumers find out that a brand uses fake reviews, they lose respect for the brand and other customers.

When consumers find out that a brand uses fake reviews, they lose respect for the brand and other customers. They also lose trust in the review medium—a problem because review sites are critical sources of information for online shoppers. This kind of discovery can even cause people to lose respect for all brands and overall trust in the entire shopping experience.

Fake reviews can damage the reputations of companies.

The impact of fake reviews on consumers can be widespread. First, fake reviews can damage companies’ reputations and make it more difficult for them to earn trust from consumers in the future. Second, fake reviews can also affect other customers’ feelings about using the brand. If one person feels that they were treated unfairly by a company, others will have a harder time trusting that company as well. Finally, if people feel like there are not enough honest opinions about certain brands on the internet (or even just one particular website), it could become harder for them to know who or what to believe when deciding whether or not a product is worth purchasing from a certain seller or manufacturer.

It damages the credibility of the review medium, which in turn damages trust in all brands.

Reviews are a valuable source of information for consumers looking to purchase products or services. People trust reviews because they seem more authentic than ads, and if the reviews are fake, people will start to question whether all of them are fake.

In this way, fake reviews damage the credibility of the review medium, which in turn damages trust in all brands.

It is illegal to submit fake reviews, in addition to being unethical.

It’s illegal to submit fake reviews because they’re a form of false advertising, which is against the law. In addition to being illegal, it’s also unethical and fraudulent, since you’re lying to consumers about your product or service. If a customer makes an investment in order to buy your product based on information that turns out to be entirely false (like an inflated review), they may have grounds for legal action against you later on.

Consumers believe that fake reviews are a widespread problem.

You might be thinking, “That’s not a problem for me.” But it is. The fact that consumers don’t trust product reviews—and thus don’t trust your brand—is bad news for you and your business.

In fact, when asked about the credibility of online reviews, 72% of consumers said they had found fake reviews in the past six months. Consumers are suspicious of product reviews because they believe companies can manipulate them with incentives or negative consequences. So how do you know if your brand is affected by this skepticism? There are two main ways:

Fake reviews are believed to be widespread.

Consumers are naturally wary of fake reviews. They often look for signs that a review is authentic, and they’re more likely to trust a product if they see more positive than negative reviews on it. A recent survey found that almost two-thirds of consumers believe there is widespread use of fake reviews online, while only 3% thought it was rare or uncommon. Some companies even hire people to write positive reviews about their products online. That’s why you should always be on the lookout for fake ones, too!

Many consumers already distrust product reviews due to fears about honesty and authenticity.

They look for signs of authenticity in reviews and avoid products with too many positive or too many negative ones.

Customers want to know that their reviews are authentic. They look for signs of authenticity in the reviews they read and avoid products with too many positive or too many negative ones.

Reviews that seem fake tend to either be overwhelmingly positive or negative. If a product has 100 reviews, but all 100 are 5-star ratings, it’s likely that some of them are fake because people don’t like everything they buy or use. Similarly, if there are only 2 1-star ratings out of 50 total ratings, there’s probably something fishy about those reviews as well—those customers may have been paid by someone else (like an employee from the company selling the product) to write bad reviews so others won’t buy it!

Authentic reviewers tend to provide certain details about themselves: their location (state/city), language used in the review (is it English?), whether they have posted other photos before posting this one (and if so where on social media sites such as Facebook). Authentic reviewers also tend not just leave one review on one website — they do it across multiple sites so as not just appear more credible but also increase their chances at winning prizes!

It’s not worth companies investing in fake reviews because it will cost them more than it will benefit them.

The benefits of fake reviews are outweighed by their negative consequences.

Companies that invest in fake reviews will be much better off investing in organic content. Fake reviews can damage the brand’s reputation and lead to negative consequences such as a loss of trust from consumers and an increase in legal fees. This is why it’s important for companies to focus on authentic marketing strategies instead of resorting to shady tactics like buying fake reviews or using bots to write product descriptions on their website.

We believe that consumers are wise enough to see through fake reviews and companies should not waste their time or money trying to get them. They should instead focus on providing great products, customer service and positive customer experiences. There is no substitute for authenticity!